There are so many hilarious and astonishing quotes from the livestreams of our #F28 #SchapelleCorby candlelight vigil at Aotea Square that it is tempting to transcribe it in full.

Instead we’ll ask you to watch these two short livestream clips; the first filmed in the light; the second in the dark, during the vigil. Both with the sound of an overhead black helicopter endlessly circling Aotea Square, above the heads of participants in the vigil.

At one point the helicopter stopped and directly hovered over our head. While an “ex-military” Auckland Council security employee stood next to us, pretending it didn’t exist.

When questioned directly and repeatedly; she claimed no knowledge. The entire encounter was so ludicrous, that there was nothing else we could do but laugh at the inanity and flagrant waste of presumably public resources. 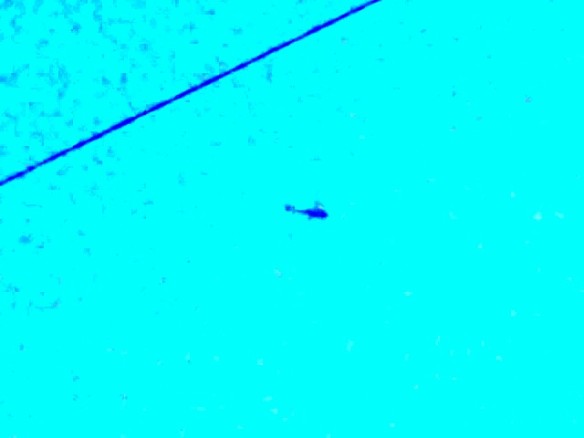 Not only was the Police State swung into full effect, all in the honor of a dozen Schapelle Corby supporters holding a candlelight vigil, but Auckland Council conveniently walled Aotea Square off with perimeter tape and strategically placed 40′ shipping containers. This prevented line-of-sight from the main street to the Square and confused many attendees, who reported that they left after being completely unable to see where we were.

However for us this wasn’t a numbers game. As an inaugural action, even if only 1 person and 1 candle showed up, it still would have been a major increase from nothing. Instead what occurred was an extremely relaxed gathering of like-minded people that lasted over 3 hours. We created a vigil of 50+ candles and gorgeous posters of Schapelle, spread our blankets on the grass and lounged on cushions, discussing her case. 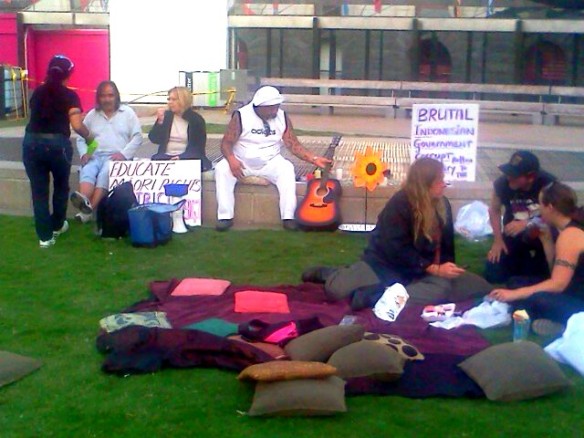 Different groups of supporters came and went, with arrivals as late as 9.30pm (the event started at 6.30pm). Some supporters had driven for over an hour, coming up from the Waikato, to participate.

There were awesome signs and a fantastic banner. Songs and heartfelt words.

It was suggested by attendees that we continue to meet monthly until Schapelle has been freed. Thus we have committed to repeat our candlelight vigil on the last calendar day of every month, until justice is done and Schapelle is released. 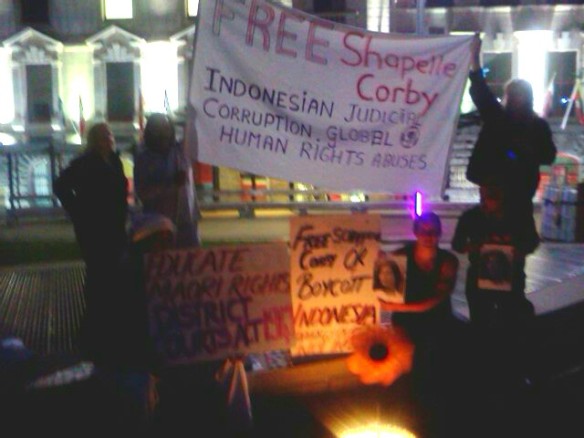 For everything you could ever need to know about Schapelle’s case visit Expendable.TV